After being put out of the game by what seems to be a long suspension, UFC fighter Lyoto Machida has predicted that when he makes his return to the ring things would have changed a great deal. 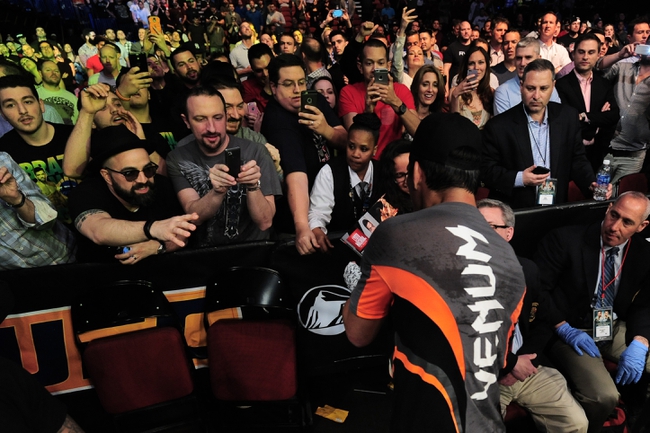 The former UFC champion who has been sidelined, has just recently accepted the 18 month sanction placed on him following his violation of anti doping policy, he believes that in the interim, Jacare is very likely to be in line for the UFC title.

His ban has put him out for quite a while, he has been out of the fray for a year, and in his absence, the UFC middle weight divisions seems to have become even more hectic. The former champion would not be returning anytime soon either as its going to be another year before his sanctions is lifted. His last fight was in July 2015 where he encountered a brutal loss; Machida was defeated by Yoel Romero by a knockout at UFC fight night 70.

Before his admission of substance use, Machida was scheduled to go Up against Dan Henderson on fox 19 in April of this year but was quickly removed soon after. Machida who is ranked as the number 9 fighter I USA TODAY middle weight rankings, admitted to the use of a contraband substance 7 keto dehydroepiandrosterone (7-keto-DHEA), which is an enhancing hormonal supplement.

Machida who is commonly known as “The dragon” had agreed to a suspension from the US Anti-doping agency before he completed a drug test.

“I think when I come back, ’Jacare’ will be the champ. Jacare has a lot of potential. He deserves the chance. I don’t know why he didn’t have a chance already. But soon he will be the champion. Romero as well, Romero is a very strong guy, he’s an explosive fighter and I think he has a chance too,” he said.

The former champion said that he is aware of the dynamic nature of the sport and that he cannot wait to get back in.